the practice of teaching

I joined Twitter last year as part of JumpStart 2016. One recommendation that Jennifer made was to keep one social media account for education purposes as much as possible. I decided to do that with Twitter, so I have focused on following other math teachers and education voices. Sometimes I click on a hashtag for a conference and see who has posted about what they are learning, and then if I see something interesting, I’ll check out that person’s profile. I found a woman who teaches IB Math Studies in Thailand and have started following her. She is a huge fan of Desmos, and I’ve gotten some ideas from her.

One such idea was two truths and a lie.

Planning two truths and a lie for trig graphs. Love the 2t and 1l idea for math – think I saw it on Twitter first so thanks #MTBoS #teach180 pic.twitter.com/4hHK8ptT6S

I replied to her asking questions, and so she posted pictures the next day.

I did 2 truths and a lie with gr10 and then they wrote their own for the class this afternoon to work on #teach180 #outofyourseats pic.twitter.com/epjWf3P2wm

It all made sense then, so I kept the idea in mind since I knew I had trig graphs coming up soon.

I like to teach trig graphs with an investigation, so I made my own in Desmos. The students spent a day on it, and then I spent the lesson discussing it and helping them consolidate the rules. (notes here: 20170517 trig function graphs if you want to have a look)

Then it was time for our 2 truths and a lie. I showed the students what to do and set them off. I had already posted some graphs around the room of different sine and cosine graphs. 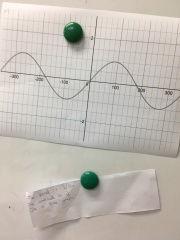 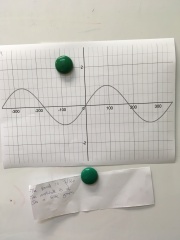 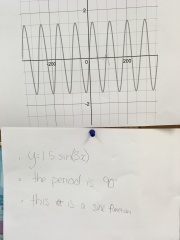 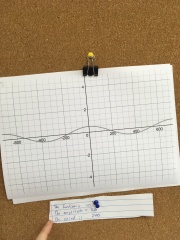 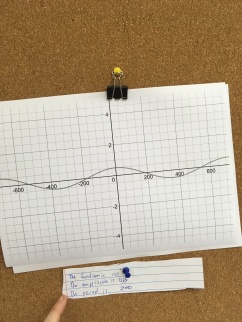 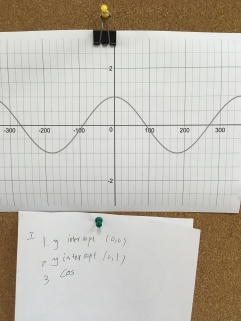 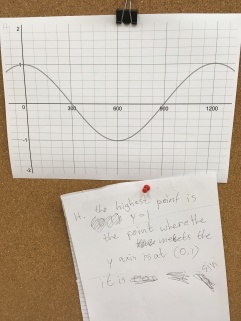 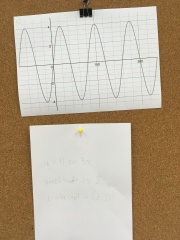 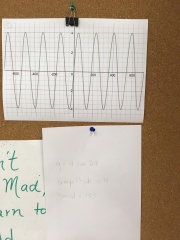 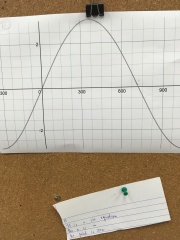 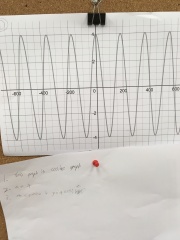 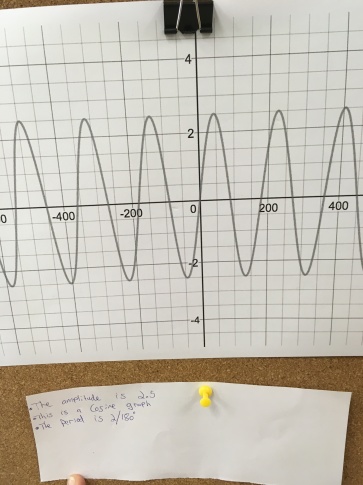 Most of the students were successful in coming up with 2 true statements and one false statement. After they finished, the task was to go around the room and identify the false statement on each sign, and correct it. We ran out of time for it, but the graphs are still up, so I may have them do it as a review activity before the semester exam.

I enjoyed the lesson, and I feel that it helped students display what they knew without doing a page of questions.

What is the most interesting way you’ve practiced trig graphs? I’m always up for more ideas.

I am an American living in Beijing, teaching and coaching Mathematics at an international school. I've taught for more than 10 years and have my Master's in Education in Mathematics Curriculum and Instruction.

4 thoughts on “Two truths and a lie: math style”